An Introduction to American vs. British English for Editors

(Editor’s note: This post is written in American English format since this is our primary audience even though this author is from New Zealand and typically writes in British English.) 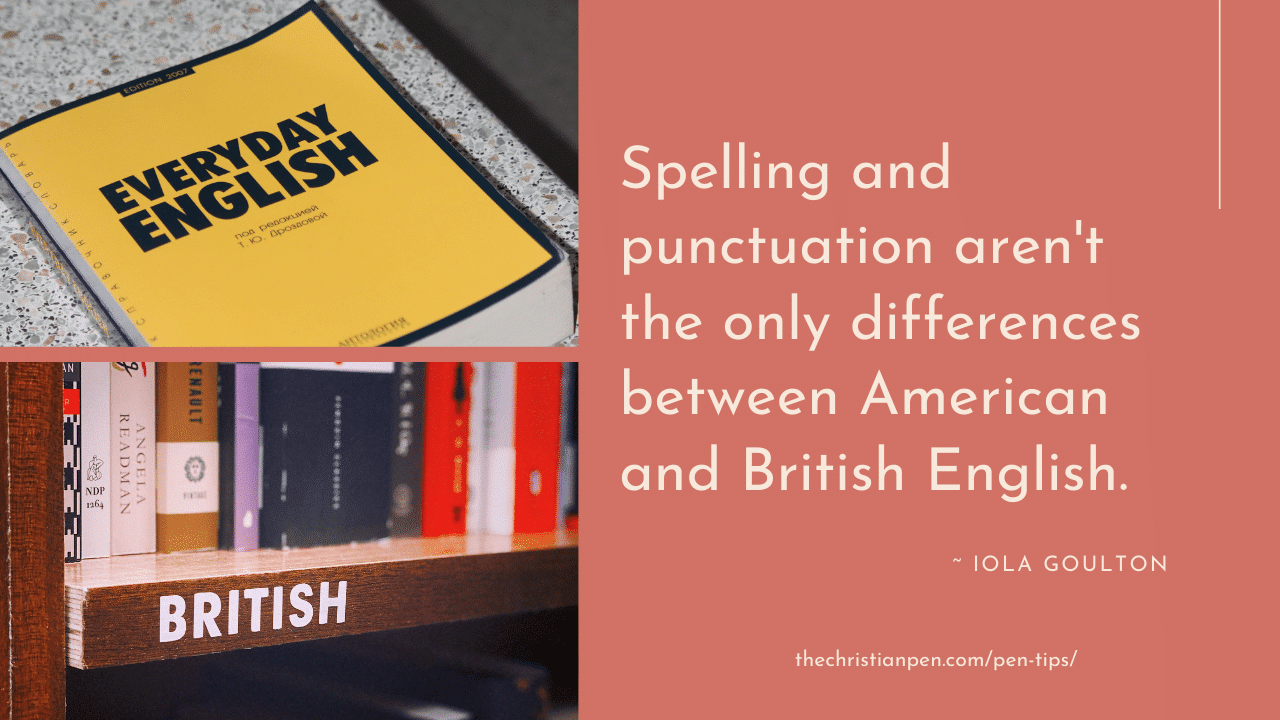 *Most. I have seen blistering book reviews where an American reader obviously hasn’t realized (or realised) the book was edited using British English spelling and style. This is why many authors writing in Australian, British, Canadian, or other non-American versions of English include a disclaimer in their front matter. The result is that many authors choose to write and publish in American English even when their books feature non-American characters in non-American settings.

But spelling and punctuation aren’t the only differences between American and British English. What US-based authors (and editors) often don’t realize is that there is more to writing a British character or setting than changing the spelling and referring to autumn instead of fall. There are national and regional differences in vocabulary which need to be taken into account.

As a non-American, I have to say it pulls me right out of the story if an author makes a fundamental mistake about some aspect of setting (time or place) or if a non-American character uses an American term in dialogue or interior monologue.

One of a fiction author’s key challenges is ensuring the reader is taken into the world they’ve created, whether that world is historical England, contemporary Scotland, or some speculative world. One of an editor’s key challenges is ensuring the author applies that world consistently and doesn’t take the reader out of the world though inappropriate use of language. It’s an important part of characterization.

Dialogue and interior monologue must be consistent with the character—the writer must use the vocabulary the character would use. In the same way readers expect an English professor to speak and think differently to a child, we expect characters from different countries to think and speak differently. Anything else risks becoming an author (or editor) intrusion.

The best way for an author to get this right is to immerse themselves in the culture they’re writing about. After all, we’re told to write what we know. Research, research, research. Then research some more, and work with a beta reader, critique partner, or editor who knows the unfamiliar setting and culture.

I’ll discuss vocabulary in more detail in my next post (March 25). Later posts in this series will cover key differences in spelling, grammar, and punctuation, along with regional and national differences editors need to be aware of, and important considerations when editing manuscripts set outside the USA or using non-American style guides.

Iola Goulton is a New Zealand-based book reviewer and editor specializing in adult and young adult Christian fiction. She won the 2016 ACFW Genesis Award (Novella), and copyedited Then There Was You by Kara Isaac, which won a RITA Award from Romance Writers of America. Iola holds a Bachelor of Commerce degree, majoring in marketing, and has a background in human resource consulting. When she’s not editing, Iola is usually reading or writing her next book review. Iola lives in the beautiful Bay of Plenty in New Zealand (not far from Hobbiton) with her husband, son, and cat.

« Spotlight on an Excellence in Editing Award Winning Book: Keen » Freelance Editing: Getting Your First Gigs