Are You Editing or Rewriting? 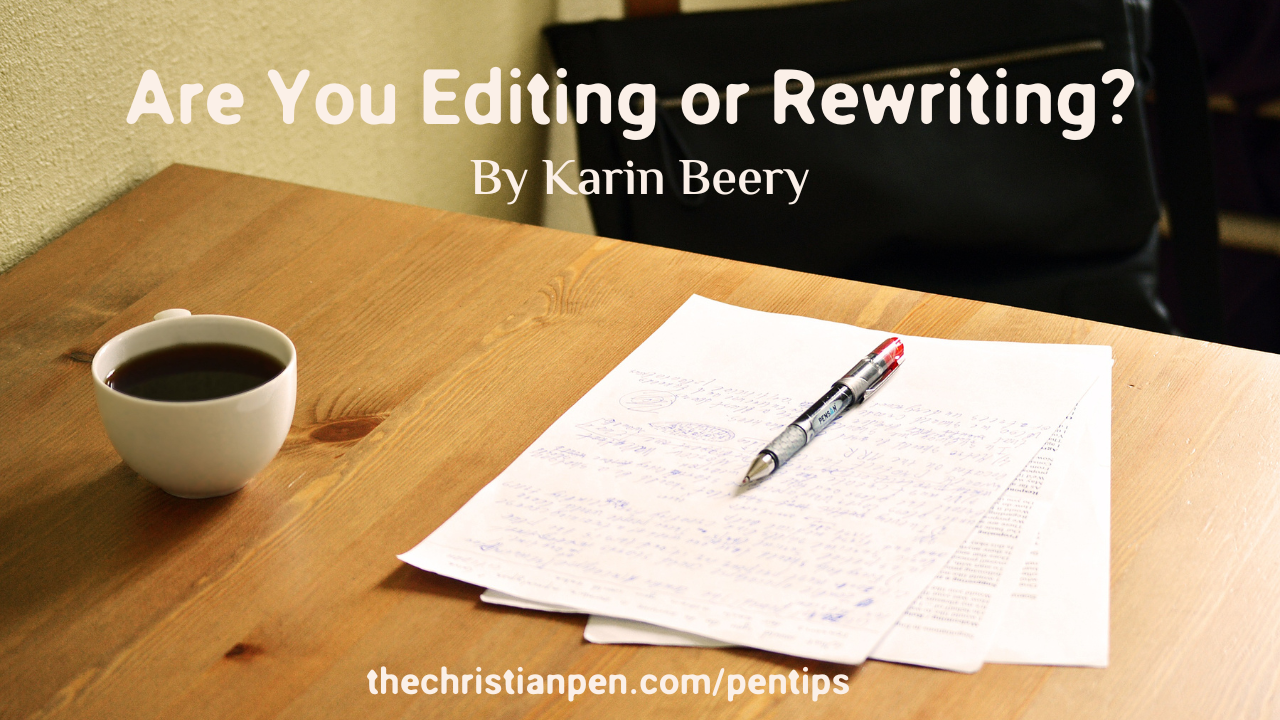 When you receive a rough manuscript, it can be tempting to rewrite portions of it to clarify points. Maybe a novel’s characters behave inconsistently or the personal anecdotes in a self-help book confuse you. It would be easy to hit a few keys and make a quick change.

Unless the author has hired you to collaborate or co-author, resist the urge to rewrite.

Because rewriting changes the author’s voice; editing helps them hone it.

As editors, we need to point out all the issues we see in manuscripts, but there’s a fine line between pointing out and rewriting the weak spots, especially during the substantive edit. It’s common for new editors to jump right into the manuscript to rewrite things, but that’s not the editor’s job—that’s the author’s job. Editors highlight; authors correct.

It’s always appropriate to offer suggestions throughout a manuscript, but editors need only show the authors where they’re telling. It’s not the editor’s responsibility to rewrite the section to show. In fact, it’s impossible for the editor to do—the editor’s idea of “a pretty green dress” will differ from the author’s, so there’s no way for the editor to add those details without imposing his or her voice into the story.

Another common rewrite among new editors is rearranging sentences or changing sentence structure to better reflect their personal preferences. There may be four sentences in a row with the exact same structure, which gives the manuscript a robotic feel. It’s the editor’s job to make the author aware of the repetition, but let the author decide which sentences to rewrite or cut. Let the author’s voice and style come through.

If you’re not sure if you’re rewriting, evaluate your comments and edits.

When you take on new clients, make sure you’re clear about what kind of work you will and won’t do. If you’ve agreed to collaborate or co-author, rewrite at will. But if you only agreed to edit, make sure you stick to editing.

Karin Beery owns Write Now Editing, where she helps authors turn good manuscripts into great books. She is also a general editor for Iron Stream Media and Brookstone Publishing Group, a PEN Institute instructor, and a regular presenter at state and national writing conferences.  When she’s not editing or teaching, she writes hopeful fiction with a healthy dose of romance.