Don’t Edit Out the Edit 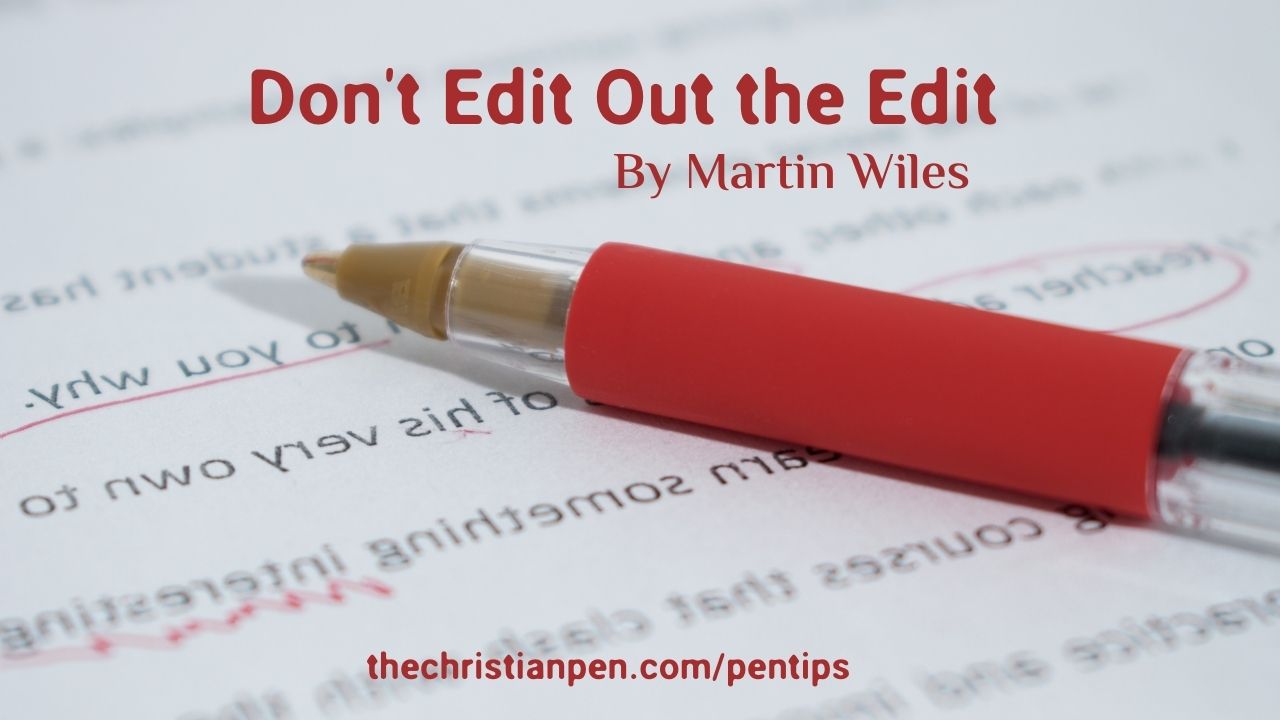 “Don’t turn your paper in after putting the last period.”

Sage advice I have given over the years to my writing students. Unfortunately, only a few have taken it. Usually, I watch them put the final punctuation mark, rise from their desks, and turn in the paper.

But let’s be fair. Students taught writing in their educational journey aren’t the only ones who detest editing. Unless we are editors or English teachers, we probably don’t want to dabble in MUGS (Mechanics, Usage, Grammar, and Syntax).

Unless an editor finds our devotion, article, or book manuscript exceptional, they are unlikely to overlook obvious grammar errors we could have easily corrected—especially when so many programs and apps are available to help us.

Polishing our writing to the best of our ability makes acceptance and publication more likely. Anything worth writing—whether published or not—is worth the time, effort, and money to make it shine. What we write about matters. So does its appearance.

The following are three practical tools for writers and editors:

These programs will clean up a piece of writing, but, as I remind my students, they are computer-based—and a computer, as hard as it may try, cannot know positively what a writer attempts to say. I often decline these programs’ suggestions.

Following are some other things writers and editors may want to do:

Whatever you write or edit, polish it as much as possible. When you’ve reached the end of your expertise, seek help. But whatever you do, don’t edit out the edit.

Martin Wiles is an author, pastor, English teacher, and editor who resides in Greenwood, South Carolina. He is the administrator/assistant editor for VineWords: Devotions and More, the Managing Editor for Christian Devotions, and the Senior Editor for Inspire a Fire. He is the founder/editor of the internationally recognized devotion site, Love Lines from God (www.lovelinesfromgod.com). He also serves as a freelance editor with several publishing companies. His most recent book is Don’t Just Live … Really Live (Ambassador International). He has also been published in numerous publications.

« Getting to Know CEN’s Christian Editor Connection (CEC) » Are You Editing or Rewriting?