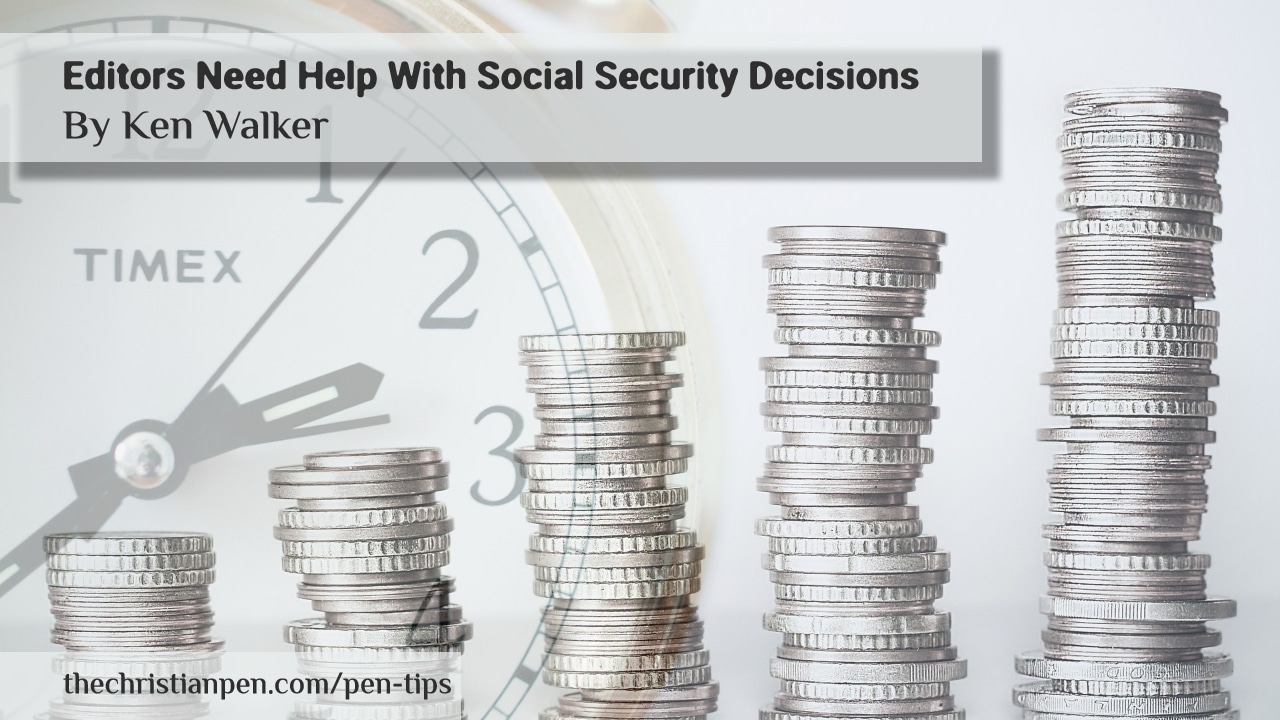 This year marked two personal milestones. In addition to reaching age seventy, I started drawing my full retirement benefit from Social Security. Since the monthly amount that now appears in our bank account is much higher than it would have been four years ago, I’m glad I waited.

I realize that not everyone wants to gamble on living longer. A friend who is a stockbroker and investment advisor had suggested I consider taking my benefit at 66. He said the government was counting on me not living to 78—the age at which I will start coming out better in the long term.

I replied that I planned on making it. Plus, I told him, I wanted to resist my natural inclination to kick back and take it easy.

However, the main reason I waited was the advice I received from a financial planner in Louisville I stayed in touch with after we moved back to West Virginia.

We discussed this decision a few months before my sixty-sixth birthday. He pointed out that for every year I waited to start drawing full retirement I would be earning a monthly benefit that would be 8 percent higher than if I took the money right away.

“It’s hard to draw a steady 8 percent return on any investments these days,” he commented.

That convinced me. At sixty-six, I started drawing my spousal benefit. It’s one I have discovered in conversation that many people don’t know about. In essence, the spousal benefit means the younger partner can draw 50 percent of their spouse’s Social Security income without affecting their full retirement amount.

While my wife’s benefit is modest since she had to start drawing at age sixty-two, my spousal benefit still produced “new” money for our household checking account.

Now, in my wife’s case, unexpected medical expenses forced her to start drawing her benefits earlier than planned. But judging by comments I hear in casual conversation, many think you’re better off taking Social Security as soon as possible. Their theory is that you will draw money for so much longer.

Trouble is, you will also draw much less each month—for the rest of your life. And the older you get, the better a higher monthly benefit will look. It certainly does in my case.

A caution: don’t take my experience as the final word. You should consult a financial expert to seek their specific advice for your situation. Everyone is unique and Social Security so complex that the financial planner in Louisville said he had purchased a software program to help him navigate all the possible scenarios.

Still, judging by comments I see on the PEN loop, a number of members are in the age range where an impending decision on drawing Social Security will affect your life for years to come. Best to obtain some guidance from an expert who manages financial matters on a fulltime basis.

« Hyphen Hurdles: Can You Make the Jump? » US vs UK English: Editing Decisions