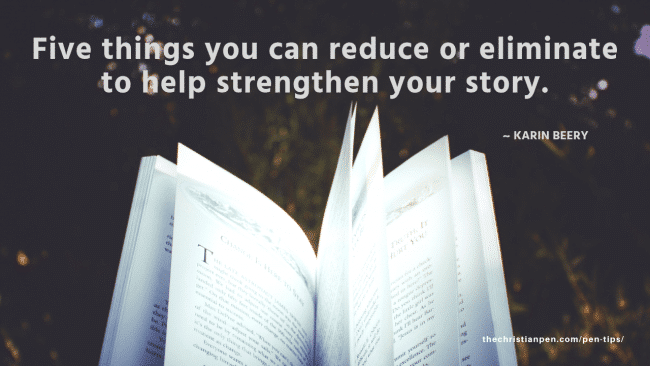 Let’s be honest—unless it’s vital to a plot, most people don’t want to read about a character’s bowel movements, mouthy kids, or hangnails. Often authors include mundane details to make their characters seem more realistic, but that realism doesn’t always come across well in books. Today we’re going to quickly look at five things you can reduce/eliminate from your manuscript to help strengthen your story.

Yes, you want your characters to be realistic, but too much realism can slow down a story and kill the intensity. When you look for and cut back on these five things, you’ll naturally tighten your story without sacrificing characterization.