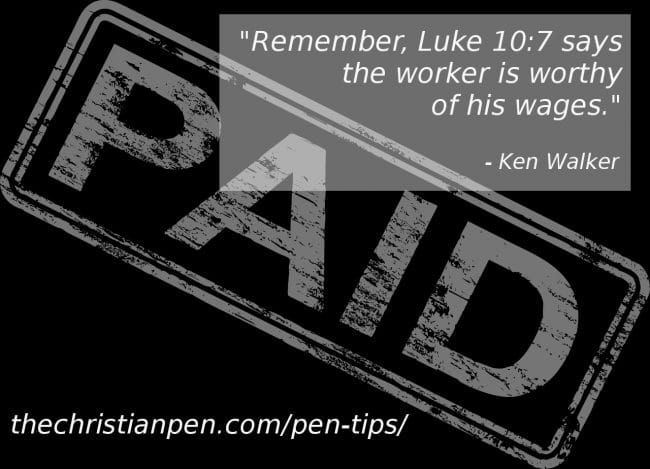 Years ago, before I had ever signed a book contract, I met a published writer who had just co-authored a project with a nationally-known figure. The writer got 50 percent of the six-figure advance.

Because of that, for years I reasoned that I was due half of the proceeds of any book I wrote, royalties as well as the advance.

Then, thanks to more experience, I gained the awareness that selling a book is as hard as writing it. If the lead author is investing considerable time in speaking, interviews, and other promotional efforts while a ghostwriter remains in the background, the author deserves a larger share of the royalties.

How much? I negotiated a deal three years ago where the author paid me a flat fee for working on his manuscript. Then, if it sold, he would first recoup his investment from the advance. Any additional funds would be split 65 percent to him and 35 percent to me. (The book didn’t sell, but at least I got paid.)

Don’t take this as an ironclad formula, because a deal can be structured multiple ways. But after my last royalties-only deal, I am generally in favor of getting paid some kind of guarantee while waiting to see if the manuscript finds a publisher.

Like others I have written, this particular book has never earned anything other than the advance, leaving me a modest sum of money for my efforts. While I’m not upset that I wrote it, I’m no longer satisfied with meager returns after investing considerable time in a project.

How much you should ask for depends on how much time you estimate the writing (or editing) will take. If a writer already has a rough draft, I like to review a chapter or two, which will give me a good idea of the time required to revise it.

About two years ago an author wanted to pay $5,000 for a rewrite of his manuscript. When I looked it over, I saw so many flaws that I felt it was worth more like $7,500. He wouldn’t come up and I wouldn’t go down. Even though at the time I needed the work, I had to be willing to walk away. I did, and something else developed in its place.

I have known ghostwriters who asked for a handsome amount up front and then a portion of the advance if a publisher makes an offer. While you don’t deserve 50 percent if the author has been paying you while you work, I can see asking for 15 to 25 percent of the advance.

Or, if the author self-publishes, you could ask for a bonus if the book sells over a certain number of copies (including electronic versions).

Remember, Luke 10:7 says the worker is worthy of his wages. Don’t let anyone treat you like a ghost when it comes time for payments.