Our Need to Assemble Together 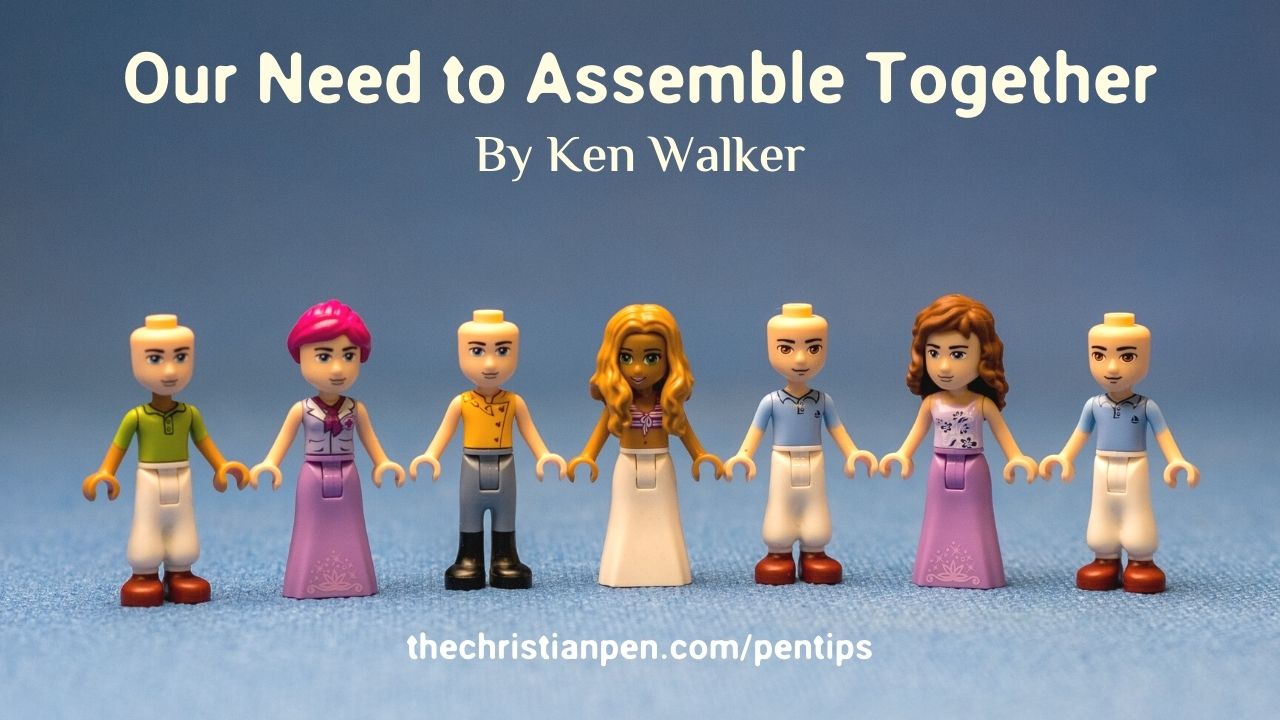 Although I do more editing than writing now, I still freelance for a few magazines and websites. And after more than thirty years on this roller coaster, you’d think I’d be used to ups and downs.

That’s why, a few months ago, I was surprised when I battled a case of nerves like I hadn’t experienced in a long time.

It involved an assignment with a short turnaround time. Settling on three authors I thought would have good insights on the topic, I emailed their respective publicists.

That was on a Monday. Because of other projects—including an ongoing book edit, a research article, ghostwriting a chapter for another book, and research on another article—that’s all I managed to do that week.

The following Monday I started checking back. That’s when I discovered that even though one publicist appeared on the publisher’s website as the publicity contact, he no longer worked there. Neither did another publicist I had worked with previously. With my stomach churning, I scrambled to find their replacements.

When I followed up with the third, she told me the author didn’t have time for an interview, but suggested another with a new book. She sent me a PDF so I could read a chapter.

After telling her I was interested, she arranged a Zoom call on a Friday. Not only did this author have many excellent comments, but I also quoted several excerpts and used some material as the basis for a sidebar.

To top it off, I secured an interview with a second author for the following Monday. His comments fit perfectly and provided the additional comments and perspective needed.

While I never heard back about the third author, some comments from a previously published interview helped fill the gap on one point.

I started writing the article on Tuesday morning. By Thursday I had finished and sent it in, a day ahead of deadline.

Soon I received a note back from the editor that in essence said, “This is great.”

There’s more to this episode, which includes a worship and prayer service at our church the following Sunday night.

As we wrapped up, an elderly woman shared about the terrific spiritual warfare she had endured that week. She said one reason the devil had been fighting her so hard was the incredible breakthroughs God was going to bring.

I’m glad she shared that, I thought. I must have been under the same attack.

Indeed, it all made sense. The gut-wrenching, irrational, mystifying bout of nerves I had suffered despite years of professional experience originated with a spiritual attack.

None of us is immune from such, regardless of age or how many years we have followed Christ.

This is one reason the writer of Hebrews told us to stir each other up to good works and to not forsake assembling together (Hebrews 10:24–25). When we are in community, we are less susceptible to enemy attack. We need each other, whether in a small group, our churches, or the Christian PEN.