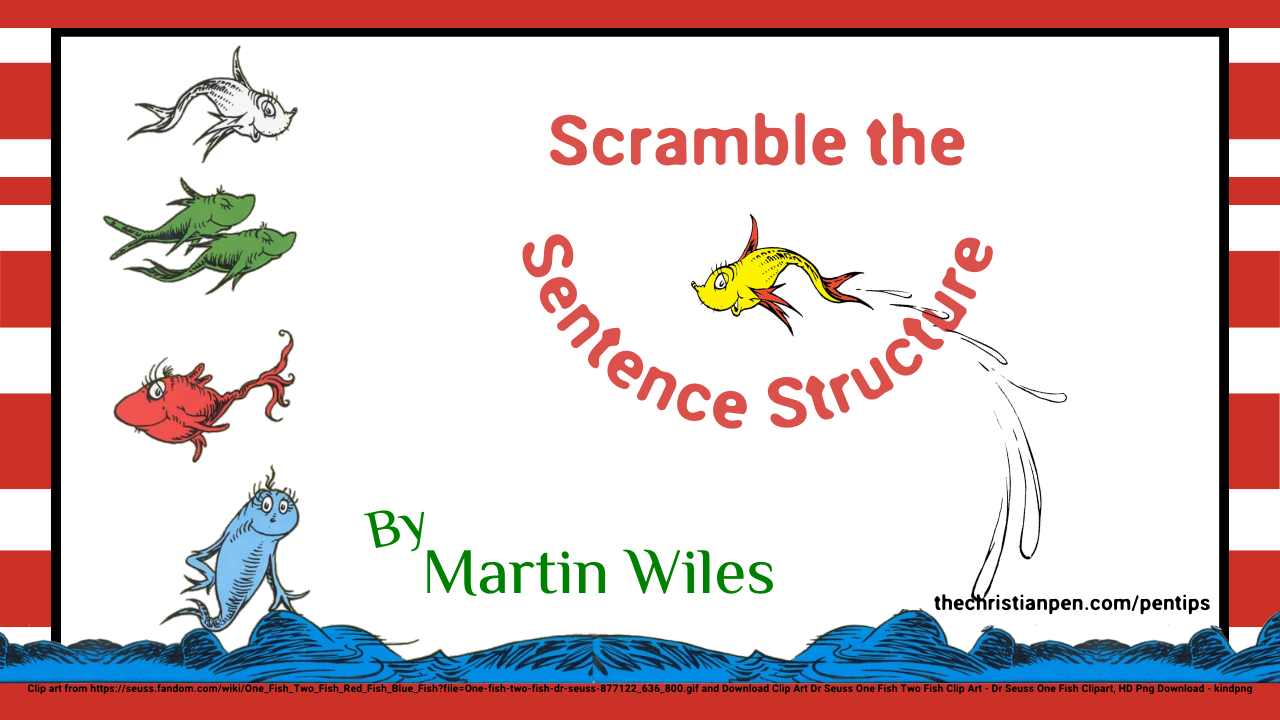 Before I learned to read, Mom, Dad, and my grandparents read books to me from one of my favorite authors, Dr. Seuss.

When I learned to read, I craved the simple yet quirky words and sentences of a Dr. Seuss book. I collected every book Mom and Dad would buy me. What happened to them, I’m not sure, but when I hit mid-life, I wanted them again. I grabbed them from thrift and antique stores or bought new copies and read them to my grandchildren.

In first grade in my day, teachers introduced students to the Dick and Jane series. Before writing this article, I pulled my 1956 edition of The New Fun with Dick and Jane from the same shelf as my Dr. Seuss book, opened it to the first page, and read what I must have learned to read as a first grader. “Dick said, ‘Look, look. Look up. Look up, up, up.’ Jane said, ‘Run, run. Run, Dick, run. Run and see.’”

As a preschooler and first grader, I relished the simple sentences of subject, verb, and adverb. Complete thoughts were short and to the point. And who can forget the hand-drawn pictures that accompanied those brief sentences?

But as a teenager or an adult, who wants to read an entire book full of such sentences? Although I occasionally read them for nostalgia, I wouldn’t select them for my daily reading list.

As an English teacher for middle and high schoolers, I teach my students to vary their sentence structure so they don’t write papers that read like a Dr. Seuss or Dick and Jane book. As a freelance editor, I encourage my authors to do the same—either by doing it for them using Track Changes or by leaving them a comment encouraging them to eliminate the boredom of a monotonous series of sentences.

One way we can help writers do this is by summoning the verbals. Verbals come in three varieties: gerunds, participles, and infinitives. All are verb forms but don’t serve as a verb in the sentence. Instead, they function as adjectives, adverbs, and nouns. Knowing how to use them gives writers an arsenal of ammunition to scramble their sentence structure, which will improve their writing. After all, variety is the spice of life—and it is in writing, too.

For example, consider the verb “run.” Knowing verbals and expanding them into phrases allows us to talk about running in numerous ways that say the same thing, yet with different approaches. Check out the variety.

I run because I love it.

To run is enjoyable.

I love to run.

Running along the trail, I had fun.

I had fun running along the trail.

English may be one of the most challenging languages to learn, but when we editors help our customers master the art of scrambling their sentence structure, they’ll be better writers, and the readers will better enjoy their reading experience.

So go ahead. Help your writers scramble away.

Martin Wiles is an author, pastor, English teacher, and editor who resides in Greenwood, South Carolina. He is the administrator/assistant editor for VineWords: Devotions and More, the Managing Editor for Christian Devotions, and the Senior Editor for Inspire a Fire. He is the founder/editor of the internationally recognized devotion site, Love Lines from God (www.lovelinesfromgod.com). He also serves as a freelance editor with several publishing companies. His most recent book is Don’t Just Live … Really Live (Ambassador International). He has also been published in numerous publications.