Giving the Gift of Grace 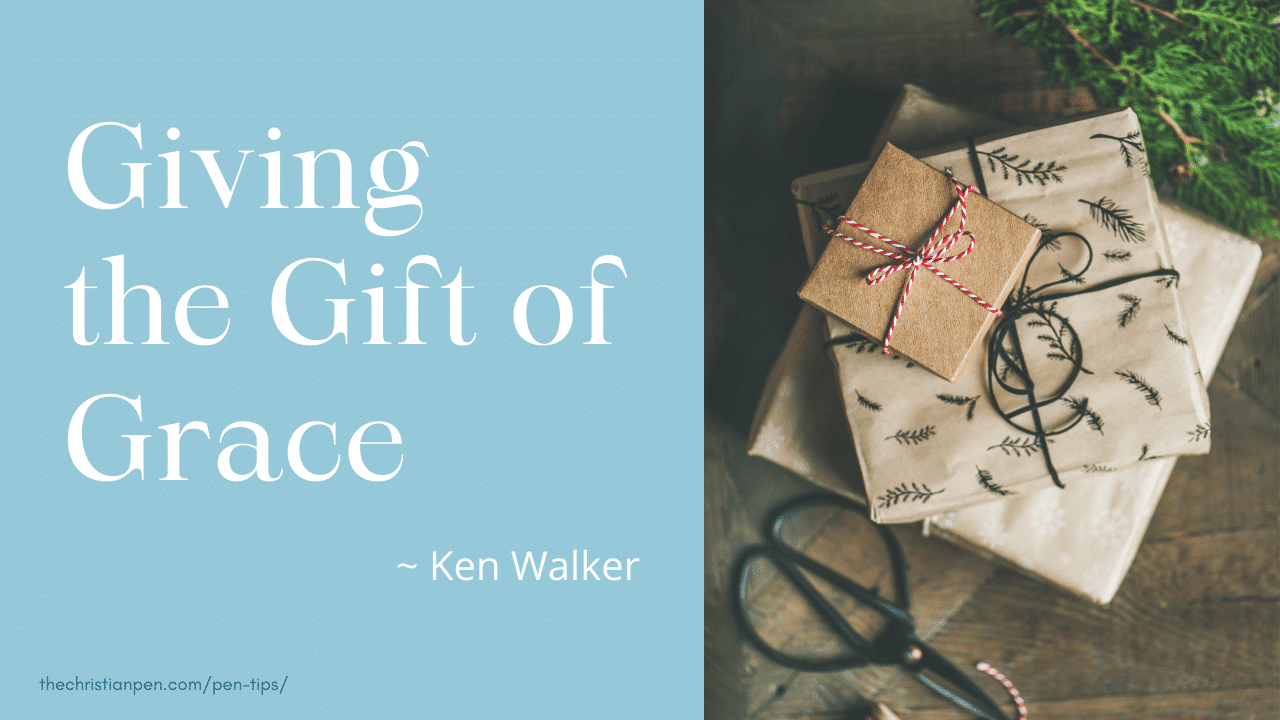 During a discussion of contracts on our first post-PENCON Zoom meeting in late August, I jumped in with a comment on my experience. While I don’t use lengthy contracts, several years ago I designed a simple, one-page letter of agreement. It spells out the start and end times for a project, the fees involved, and a few other issues.

However, I stumbled in the spring when I wrote a letter of agreement for an author I had worked with previously. He told me he wanted to get his newest book done by the end of June because he planned to get it printed in India (where he has an outreach) in July. I wrote up a letter of agreement with that time frame in mind. It was only an eight-chapter book, so it seemed doable. What I didn’t bargain for was the author’s failure to provide the material in a timely fashion. By late August, I had only edited four chapters and had no idea when he planned to finish the rest.

I told Christian PEN members to be sure to include a provision in such agreements that payments would be due on a certain date, whether the author had provided the material or not.

After the Zoom call, I started to get a bit upset over the delay and the author’s lack of communication. To use an old phrase, I was ready to “read him the riot act.” But first, I asked my wife what she thought about the situation. She suggested I email him to ask how I could pray for him. So, instead of the tartly worded note I envisioned sending, I wrote a graceful message. I told him his first four chapters were so good that I wondered if the enemy was trying to sidetrack him and asked if there were any specific ways I could pray for him.

Soon after, I received a response in which the author said he didn’t have words to explain the delay. He knew it was partially related to his failure to set a definite plan. He admitted he needed a new timeline for the completion. He asked that I pray for the Holy Spirit to quicken his mind so he could stay focused on finishing the book despite other pressing engagements in his evangelistic ministry.

Then came the kicker: “Thank you for your patience and understanding regarding this issue.” Before closing his note, he again thanked me for my understanding. It was the kind of message that made my day.

Granted, as freelance editors (and writers) we have to be firm in establishing expectations. But sometimes, the gift of Christ’s grace requires us to set aside “business” and become “personal.”

Had I followed my initial inclinations, I could have wrecked a long-term relationship. That it has continued is one of the best early Christmas presents I could have received. After all, the Savior is a Lord of grace.