Working For Free … Should You Do It? 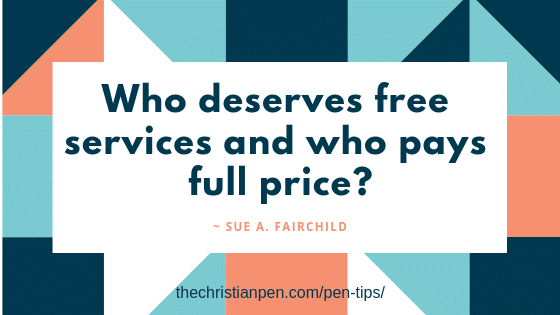 “Would you be willing to look over my manuscript quickly—it only has a hundred thousand words—and let me know if there is anything I’d need to fix?”

These are the words editors cringe to hear from their writing friends. Yet, all too often we’re faced with this dilemma. After all, our circles tend to include many writers and most of them could claim to be “friends.” How do we decide who is a friend that deserves free services and how do we establish friends who pay full price?

Certainly, every editor needs to determine their own comfort level with this topic, but here are a few ways I decide.

If, by using the above guidelines, you determine the work should not be done for free, how then should you diplomatically engage a “friend” into a business arrangement?

What happens if the friend seems put off by your professional leanings?

Simple. Retain a friendly, professional manner and move on. At that point, the decision truly rests on the friend’s shoulders—not your own. You have conveyed how you handle business arrangements, even between friends. If they choose not to utilize your services, you can move onto other business without guilt. Hopefully, the friend—if they truly are one—will understand your position and work with you to achieve the results best for each person. If not, maybe they were not a friend after all.

Sue started out as a devotion writer, but now also claims the titles of editor, proofreader, webmistress, and blogger. She has written and self-published three books as well as helped a variety of authors get their manuscripts into readers’ hands. Sue loves working with clients who are working toward the greater good of sharing God’s message in this world. Email sueafairchild74@gmail.com to discuss a free sample edit. Check out her website for testimonials: suessimplesnippets.wordpress.com 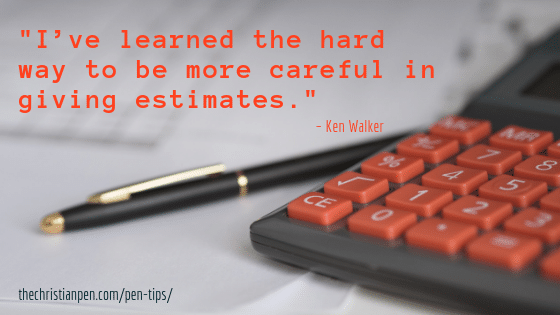