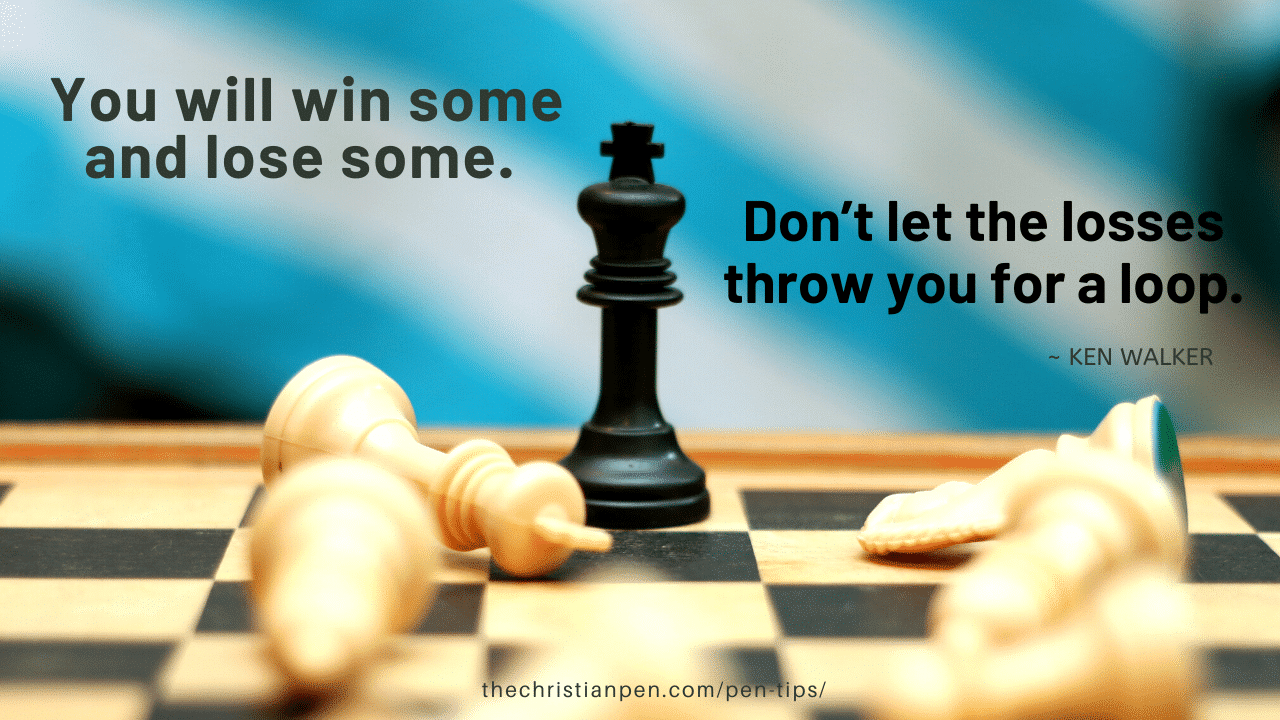 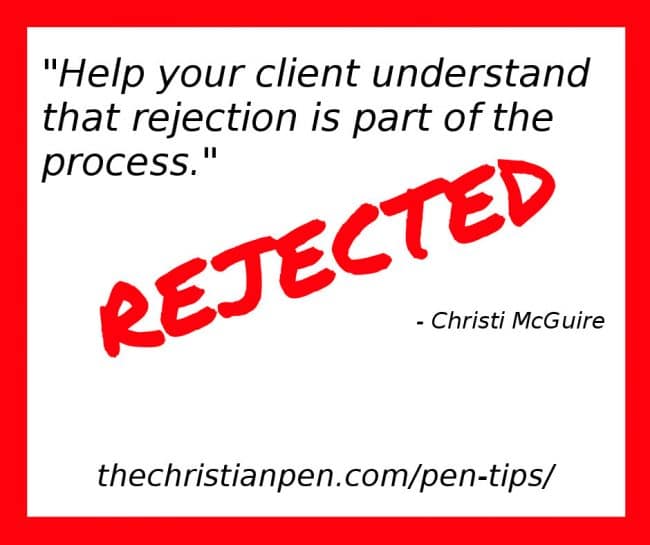 Is your job complete once your client submits a manuscript? No, it doesn’t have to be!

Unfortunately, it is not likely for an author to nab agent representation or a publishing contract in the first round of submissions. For most authors, it takes many submissions and much patience. Being rejected is difficult, but you can offer encouragement through this process. Help your client understand that rejection is part of the process and is necessary for him to grow and learn as a writer.

Some agents send nothing in return if the answer is no. Their guidelines may say they only respond if they are interested in the project. This is frustrating for authors because a “no” is better than hearing nothing.

Other agents send a form letter. Most likely, it will contain one or some of the following phrases:

If your client receives a rejection letter that is basic/generic (with no personal notes), then advise your client to cross that agent/agency off his submission list. Don’t let him revise the proposal/manuscript and try again. Encourage him to move on to the next agent. (However, if he wants to submit a completely different project to this agent, he could do that.) Realize that this type of form letter is simply a nice way of saying, “No thanks!”

Some agents send a personal rejection letter. It is unusual in today’s busy world of publishing, but there are a few who include a personal comment about the submission. If your client receives a personal rejection letter, let him know this is special and to take the comments and suggestions to heart. Even if it is a critique of the project, the agent saw enough potential to take the time to give a comment or suggestion to help the writer in his career.

If the agent has suggested ways to redo the project, the author may resubmit to this agent (unless the agent has specifically said otherwise). Advise your client to be sure to include the comments from the original rejection and explain that the client has reworked it.

Some agents give an invitation to resubmit the project. In this case, work with the author on revamping the project per the agent’s suggestions and then submit it again.

When you keep in touch with a client after he submits a manuscript, you are likely to be asked to edit his next project. 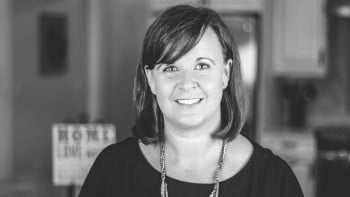 Christi McGuire is co-owner of the The PEN Institute and the Christian Editor Connection. Her first book, When’s It MY Turn? was released in January 2017 and is available on Amazon.